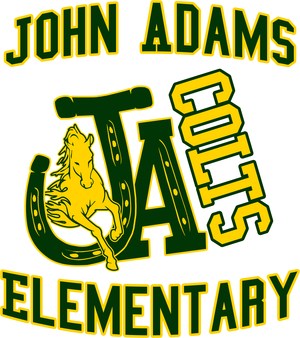 “As I travel across the state, I’m always impressed with the commitment and creativity of so many Tennesseans working tirelessly to help get our children prepared for success in school and in life,” said Tennessee Governor Bill Haslam. “These awards are a small but important way we can highlight and honor their good work.”

More than 40 nominations were submitted for the awards, and winners were selected by teams of state employees and community partners based on criteria including family involvement, engagement of community leaders, and collaboration across partners and systems.

“To give our children the best chance for success, families, schools and communities must work together to create a nurturing environment for child development, beginning at birth,” First Lady Crissy Haslam said. “These winners are wonderful examples of that collaborative spirit, and they have shown a true passion for serving Tennessee’s children.”

The first recipients of the Governor’s Award for Excellence in Early Foundations include:

“We are honored to receive another award recognizing the work done by Mr. Hincke, his Morning Mile participants, and the parent volunteers who assist with this program,” said John Adams Elementary School Principal Dr. Stephanie Potter.  “It is such a welcome sight each morning to see the dedication and commitment each of these students exhibits as they ‘run their own race.’ They are preparing themselves mentally and physically for a successful day and successful life as they demonstrate the stamina and perseverance needed to be ‘world class’ citizens.”

The Morning Mile Program, coordinated by Physical Education teacher Jason Hincke, is a voluntary running program open to all students at Adams Elementary.  With the assistance of nearly 30 parent volunteers over the course of a week, students in grades K-5 meet weekday mornings to run before school begins.  Between 50 and 70 students in grades 3-5 run an average of one and one-half to two miles each day, and between 30 and 50 students in grades K-2 run an average of one mile each day. Studies show that students who participate in physical activities such as the Morning Mile program are better prepared to learn since blood flow to the brain is stimulated.

The Governor’s Award for Excellence in Early Foundations will be presented on Tuesday, March 18 at 1 p.m. during the Tennessee Commission on Children Youth’s (TCCY) Children’s Advocacy Days at the War Memorial Auditorium in Nashville, TN.

In December 2015, Adams Elementary was also awarded the inaugural School Bell Award for Fitness Program Excellence by the Tennessee Principals Association (TPA), in recognition of the Morning Mile Program. They were the first school to ever receive that award. Read the full news release here.

For more information on the Morning Mile Program, visit morningmile.com.

Kingsport City Schools (KCS) is a public school district located in Kingsport, Tenn., serving students in Sullivan and Hawkins county. The district is comprised of 13 schools, including a Pre-K, eight elementary schools, two middle schools, one high school and a non-traditional school; with total enrollment over 7,100 students. The vision of Kingsport City Schools is to be, Student Focused … World Class.

KCS has been named the top school district in Tennessee as winner of the 2014 SCORE Prize District Award by the State Collaborative on Reforming Education (SCORE) and has earned the 2014 Achievement Award in the annual Excellence in Tennessee Recognition Program by the Tennessee Center for Performance Excellence (TNPCE).