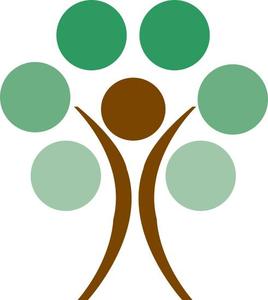 Kingsport, Tenn. – Three Kingsport City Schools elementary schools have been named among Tennessee’s best schools, announced as 2018 Reward Schools today by the Tennessee Department of Education.  Adams Elementary, Jefferson Elementary, and Johnson Elementary received the designation based on results from the 2017-18 TNReady exam.

“We are incredibly proud of the students and educators that have achieved the prestigious Reward School designation this year,” said KCS Superintendent Dr. Jeff Moorhouse. “Reaching Reward School status is a product of much effort and commitment to excellence.   The Adams, Jefferson, and Johnson school communities have done fantastic work resulting in this significant honor.”

The Reward status obtained by Adams, Jefferson, and Johnson Elementary Schools is the top designation a school can earn in Tennessee.  These schools were those identified as improving overall student academic achievement and student growth for both all students and for student groups.  In 2018, 318 schools in 85 school districts (about 20 percent of schools in the state) earned Reward Status.

“As we always do, our administrators and staff have been and will continue to analyze the accountability results to identify areas of strength and ways we can improve,” said Moorhouse. “Plans have already been developed based on the 2017-18 data that will help us accomplish our goals as a district.”

The naming of Reward schools is part of the State’s release of accountability data for the 2017-18 school year.  Tennessee’s new school accountability system was developed through a 16-month process of gathering feedback and input from students, parents, teachers, administrators, and community members.  Tennessee has had Reward and Priority schools since 2012, but this was the first year with an updated methodology as required by the federal Every Student Succeeds Act.

Kingsport City Schools (KCS) is a public school district located in Kingsport, Tenn., serving students in Sullivan and Hawkins county. The district is comprised of 13 schools, including a Pre-K, eight elementary schools, two middle schools, one high school, a high school program of choice and an alternative learning program; with total enrollment over 7,700 students. The vision of Kingsport City Schools is to Inspire. Cultivate. Impact.

For more information on KCS, visit k12k.com, listen live on WCSK 90.3 FM, The Voice of KCS, read our blog, We Are KCS, download our mobile app for Apple / Android devices or call (423) 378.2100. We’re social too; follow us on Facebook (Kingsport City Schools), Twitter (@KCS_District), LinkedIn (Kingsport City Schools) and check out our YouTube Channel (KPTSchools).